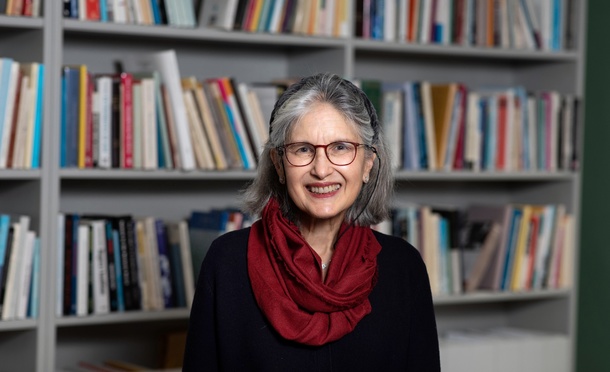 "The question of how to reconcile breakneck scientific progress with durable scientific truth is still very much with us, as the confusion surrounding each new medical study that contradicts the recommendations of the previous one shows all too clearly." (Lorraine Daston, When Science Went Modern)

Renowned historian of science Prof. Lorraine Jenifer Daston has been awarded the Gerda Henkel Prize 2020. "The prize-winner’s research in the history of science is of exceptional importance and highly topical, precisely in an age in which the value and credibility of scientific knowledge has been relativized or fundamentally questioned in a quite unexpected manner," the jury concluded. Lorraine Daston, until 2019 Director of the Max Planck Institute for the History of Science in Berlin, will receive the prize on 17 May 2021 in Düsseldorf. The Gerda Henkel Prize comes with prize money of 100,000 euros.

The Gerda Henkel Foundation’s Board of Trustees unanimously agreed with the recommendation put forward by the jury, which is made up of the members of the Academic Advisory Council and outstanding outside scholars. The jury, which was chaired by Prof. Peter Funke (Münster), explained its recommendation as follows:

“Historian of science Lorraine Jenifer Daston is one of the most internationally acclaimed representatives of the discipline. From 1995 until she retired in 2019, she was Director of the Max Planck Institute for the History of Science in Berlin, having previously taught at the universities of Harvard, Princeton, Göttingen and Chicago. From the very outset of her career, her research has focused on the fascination that is ‘science’, with its origins in amazement and curiosity which, as long ago as Aristotle, constituted the root of all scientific knowledge. By combining a philosophical approach with historical contextualization, Daston seeks to get to the bottom of the fundamental categories of science, such as natural laws, rationality, objectivity and scientific practices including observation, measurement, experiment and visualization, by exploring how they have evolved through history. Her numerous books and articles cover an immense range of themes and periods: from Early Modern times through to the 21st century, from the chambers of miracles of the Baroque period through to scientific quantification. Her publications meld analytical acuity and an impressive knowledge of the subject with exceptional clarity in the argumentation and stylistic brilliance. With her innovative research, Prof. Daston has emphatically influenced not only her own particular field, but the humanities as a whole. Moreover, she succeeds most impressively in ensuring that her research on categories such as truth, proof or fact can be fruitfully used in central debates of today. The prize-winner’s research in the history of science is of exceptional importance and highly topical, precisely in an age in which the value and credibility of scientific knowledge has been relativized or fundamentally questioned in a quite unexpected manner.”

Prof. Lorraine Jenifer Daston studied at Harvard University where, after completing a diploma at the University of Cambridge, she was awarded a doctorate in the history of science. After spells teaching at the universities of Harvard, Princeton, Brandeis, Göttingen and Chicago, from 1995 to 2019 she was Director of the Max Planck Institute for the History of Science in Berlin. Since 2005 she has been a member of the Committee on Social Thought at the University of Chicago. Moreover, Lorraine Daston is a Permanent Fellow of the Wissenschaftskolleg zu Berlin. She has received numerous prizes and distinctions for her work. Her books include Against Nature (2019); with P. Galison: Objectivity (2007); and with K. Park: Wonders and the Order of Nature, 1100-1750 (1998).

For an interview with Lorraine Daston on the occasion of her being awarded the Gerda Henkel Prize please click the Gerda Henkel Foundation’s L.I.S.A. Science Portal: https://lisa.gerda-henkel-stiftung.de/interview_lorrainedaston

The Gerda Henkel Prize was set up in 2006 and is awarded every two years to excellent and internationally acclaimed researchers who have demonstrated outstanding scholarly achievement in the disciplines and funding areas supported by the Foundation and can be expected to continue to do so. The Gerda Henkel Prize is worth 100,000 euros. The past prize-winners were art historian Prof. Martin Warnke (2006), sociologist and cultural historian Prof. Richard Sennett (2008), Islamic studies expert Prof. Gudrun Krämer (2010); historian Prof. Jürgen Osterhammel (2012), Egyptologist Prof. Stephan Seidlmayer (2014), historian Prof. Lyndal Roper (2016) and political scientist and historian Prof. Achille Mbembe (2018) (https://www.gerda-henkel-stiftung.de/en/prize).

The Gerda Henkel Foundation was established in June 1976 by Lisa Maskell in memory of her mother Gerda Henkel as an incorporated foundation under civil law, headquartered in Düsseldorf. The Gerda Henkel Foundation concentrates its support on the historical humanities. In some of the programmes the Foundation furthermore addresses issues of great relevance to contemporary life and the future, above all as part of its special programme "Security, Society and the State". As part of the Lisa Maskell Fellowship programme, the Foundation supports young scholars in the humanities in both Africa and Southeast Asia. With its "Patrimonies" funding initiative it promotes the preservation of the cultural heritage, specifically in regions experiencing crisis. Research that places current challenging issues in a greater historical context form the focus of the "Democracy as Utopia, Experience and Threat" and "Lost Cities. Perception of and living with abandoned cities in the cultures of the world" funding programmes. In connection with funded projects, the Foundation also provides assistance for social support measures as part of complementary projects. The Gerda Henkel Foundation can by virtue of its statutes pursue its objectives both inside and outside Germany.We are happy to assist you with your request for a picture and are providing free of charge a portrait of the prize winner for your copy.