What role have the media played in the democratisation process in Myanmar since the 2010 election? How is the Western notion of “religion” changing traditional religious terminology in China? Journalist Thiri Zaw and Sinologist and religious scholar Dr. Christian Meyer have each received a Gerda Henkel Fellowship for their planned research projects on the working conditions of journalists in Myanmar and a study of the history of the Chinese concept of shendao shejiao respectively. In agreement with the Gerda Henkel Foundation, Thiri Zaw (Yangon, Myanmar) has been awarded a scholarship for a period of research at the Reuters Institute for the Study of Journalism at the University of Oxford. Dr. Christian Meyer (Erlangen-Nuremberg) is to undertake a guest residency at the School of Historical Studies at the Institute for Advanced Study in Princeton, New Jersey in the 2012-3 academic year.

Journalist Thiri Zaw (born in 1980) has been working for the media group “Living Color Media” based in Yangon, Myanmar since 2005. She has been Senior Executive Editor of the monthly economic magazine “Living Color Magazine” and the newspaper “The Voice Weekly” since 2011. In the context of a case study, at the University of Oxford Thiri Zaw will investigate such issues as the influence Myanmar’s government exerts on the freedom of the press, the extent to which the opposition is effectively represented in the media and the credibility of Myanmar’s media among the public.

Dr. Christian Meyer (born in 1971) studied Protestant Theology, Sinology and Religious Studies in Marburg and Göttingen. After receiving his doctorate at the Friedrich-Alexander-Universität Erlangen-Nürnberg, in 2003 he worked as a Assistant Professor at the University of Leipzig, as Honorary Research Associate at the Cultural and Religious Studies Department of the Chinese University of Hong Kong and as fellow at the International Consortium for Research in the Humanities “Fate, Freedom and Prognostication. Strategies for Coping with the Future in East Asia and Europe” in Erlangen. Dr. Meyer, who submitted his habilitationsschrift, at the Friedrich-Alexander-Universität Erlangen-Nürnberg, is currently a research fellow at the Institute of Sino-Christian Studies in Hong Kong and Distinguished Adjunct Researcher at the People’s University of China in Beijing.

The Gerda Henkel Foundation was set up in Düsseldorf in 1976 by Lisa Maskell (1914–1998) in memory of her mother Gerda Henkel. The sole purpose of the Foundation is to advance scholarly research. The Foundation is active in Germany and worldwide and since its establishment has supported almost 6,000 international research projects with around €100 million. Since 1993, the Foundation has together with the Institute for Advanced Study in Princeton been awarding a scholarship for a period of research at the Institute's School of Historical Studies. It has been cooperating with the University of Oxford (Reuters Institute for the Study of Journalism) and Thomson Reuters Foundation in the context of the renowned Journalist Fellowship Programme since 2003. 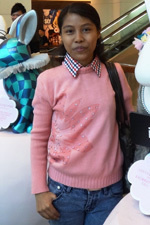 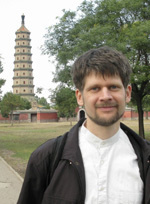