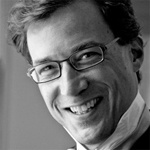 Prof. Giorgio Caravale, Professor of Early Modern European History at the University of Roma Tre will soon be conducting his research at the Institute for Advanced Study in Princeton, New Jersey. In collaboration with the Gerda Henkel Foundation, the School of Historical Studies at the Institute for Advanced Study has awarded the historian the Gerda Henkel Fellowship for the 2013-4 academic year. The scholarship from the Gerda Henkel Foundation will thus be supporting Giorgio Caravale’s research project into the impact of Church censorship on Italian culture between the 16th and 18th centuries.

In Italy, from the 16th century onwards there was a great deal of support for the opposition to Rome’s policy of censorship: book sellers and readers, political and civil authorities were joined by philosophers, academics and free spirits, a tradition continued by famous figures from Giordano Bruno through to Giambattista Vico. Their actions were not without repercussions and as of the mid-18th century the ecclesiastical practice of censorship gradually began to weaken. Prof. Giorgio Caravale intends to investigate this historical development further during his research residence at the School of Historical Studies, taking the role of both literate and illiterate parties and their involvement into consideration. As such, his work attempts to provide an answer to the question as to whether the growing chasm between the educated and uneducated segments of the population, which widened dramatically between the 16th and 18th centuries, was an intentionally provoked phenomenon or an unforeseen aftereffect of the Church’s policy of censorship.

Prof. Giorgio Caravale, born in Rome in 1973, studied Political Sciences and History at La Sapienza University in Rome, where he also received his PhD in History in 2000. After periods spent at, amongst others, Harvard University (Cambridge, Massachusetts) and Columbia University in New York, he was offered a professorship at the Roma Tre University in Rome in 2007. He is the author of several books, including: “Forbidden Prayer. Church Censorship and Devotional Literature in Renaissance Italy”, Farnham 2011 (ital. Florence 2003). His book “The Disarmed Prophet. Francesco Pucci’s Heresy in Sixteenth Century Europe” (ital. Bologna 2011) will be published in 2013.

The Gerda Henkel Foundation was established in Düsseldorf in 1976 by Lisa Maskell (1914 - 1998) in memory of her mother Gerda Henkel. The sole purpose of the Foundation is the support of academic projects. Since 1993,the Foundation has been working together with the Institute for Advanced Study in Princeton to award scholarships for a research residence at the Institute’s School of Historical Studies.