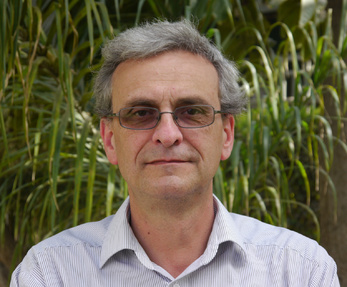 The decision by the Foundation’s Board of Trustees was unanimous and based on a recommendation by the jury made up of reputed personalities from the academic and public spheres. The jury justified its recommendation as follows: “Egyptologist Prof Stephan Seidlmayer is one of the most renowned representatives of his discipline at an international level. Director of the Cairo Department at the German Archaeological Institute since 2009, he has excelled not only at epigraphic and archaeological fieldwork, amongst other things, on Elephantine Island and at the excavations of the necropolis at Dahshur, but also as a philologist, in the latter case, as the Director of the 'Ancient Egyptian Dictionary' project at the Berlin-Brandenburg Academy of Sciences and Humanities. Seidlmayer combines outstanding academic expertise with effective scholarly, politico-cultural practices.”

“Through his successful academic work, Stephan Seidlmayer advances the historico-cultural dialogue between Germany and Egypt,” comments Dr Michael Hanssler, Chair of the Gerda Henkel Foundation’s Executive Board. “In politically difficult times in particular, he and his colleagues at the German Archaeological Institute in Cairo have made a fundamental contribution to the international academic dialogue – and thus, as well, to the increasingly important field of ‘foreign academic policy’.”

Stephan Johannes Seidlmayer, born in Würzburg in 1957, studied Egyptology, Classical Archaeology and Ancient History in Würzburg and Heidelberg. He was awarded a doctorate at the University of Heidelberg in 1986. He then qualified as a professor in the subject of Egyptology at the Free University of Berlin in 1994. After working at the University of Heidelberg and as Project Director on the “Ancient Egyptian Dictionary” project at the Berlin-Brandenburg Academy of Sciences and Humanities, in 2003 he accepted a position as full-time professor of Egyptology at the Free University of Berlin. Since 2009 he has been in charge of the German Archaeological Institute’s Cairo Department. Amongst other things, Seidlmayer is a regular member of the Academic Advisory Board for the Institute of Oriental and European Archaeology at the Austrian Academy of Sciences and a full member of the Austrian Archaeological Institute.

The Gerda Henkel Foundation was established in June 1976 by Lisa Maskell in memory of her mother Gerda Henkel as a private, non-profit grant making organization. The Foundation has its headquarters in Düsseldorf. The sole object of the Foundation is to promote science at universities and research institutes, primarily by supporting specific projects in the field of the humanities that have a specialist scope and are limited in time. The Gerda Henkel Foundation concentrates its support on the historical humanities, mainly on history, archaeology, the history of art and other disciplines with a historical component. It is active both inside and outside Germany and has supported some 6,000 research projects worldwide with over 120 million euros. Previous recipients of the Gerda Henkel Prize are art historian Prof Martin Warnke (2006), sociologist and cultural historian Prof Richard Sennett (2008), expert on Islamic Studies Prof Gudrun Krämer (2010) and historian Prof Jürgen Osterhammel (2012). All the information on the prize winners can be viewed and downloaded from http://www.gerda-henkel-stiftung.de/prize.