The Third Reich in a global context
Kiran Klaus Patel, professor of European and Global History at Maastricht University, is Gerda Henkel Visiting Professor in 2014/15. 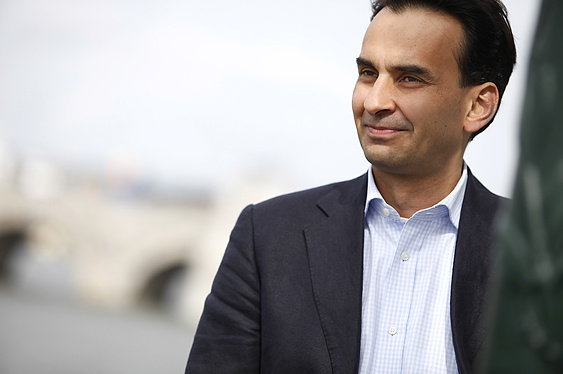 The German Historical Institute London, the International History Department of the London School of Economics and Political Science (LSE), and the Gerda Henkel Foundation in Düsseldorf have awarded the Gerda Henkel Visiting Professorship 2014/15 in co-operation with the University of Maastricht. Since 1 September 2014 Kiran Klaus Patel researches and teaches for a year at the German Historical Institute London and at the London School of Economics. His inaugural lecture, to be given on 4 December 2014 6.30 pm at the LSE (Clement House, Lecture Room 5.02, 99 Aldwych, London WC2B 4JF), is entitled Welfare in the Warfare State: Nazi Social Policy on the International Stage. The lecture will investigate the international debates triggered by the social welfare measures the Third Reich introduced during the 1930s and 1940s. Job creation schemes, marriage loans, eugenic measures, and much more were part of Nazi propaganda abroad. What were the regime’s aims? And how did other societies respond?

Kiran Klaus Patel is professor of European and Global History at Maastricht University, where he also serves as head of the Department of History. Before joining Maastricht University, he was a professor at the Department of History and the Robert Schuman Centre for Advanced Studies at the European University Institute in Florence (2007–2011) and an assistant professor at Humboldt University in Berlin (2002–2006). Inter alia, he has been a Kennedy Fellow at the Center for European Studies at Harvard University, a visiting professor at the Ecole des Hautes Etudes en Sciences Sociales in Paris, as well as a senior visiting fellow at the Freiburg Institute for Advanced Studies, the Free University in Berlin and the University of Oxford. Presently, he is also member of an international team of historians researching the history of the German Ministry of Labour during the Third Reich. Patel is presently concluding a monograph on the global history of the New Deal (under contract with Princeton University Press) and launching new projects on the international history of the Third Reich and in the field of European integration history.