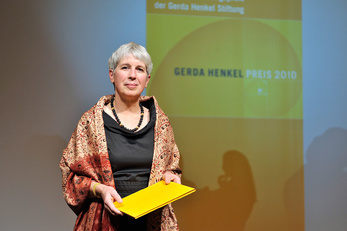 “Gudrun Krämer is an historian known for her well-researched sources, sound methodology and linguistic clarity. She investigates, illustrates and elucidates, critically and yet with obvious affection for her research field, the history, culture, religion and ideology of Muslims to arrive at explanatory models which apply equally to ongoing conflicts. Her expansive style has won her an audience extending far beyond the confines of her subject. Gudrun Krämer seeks out controversial subjects for her work which has enabled her to become a sought-after, plain-speaking and discerning expert in politics and the media on the topical issues arising from our interaction with Islam und Islamism, whilst maintaining her academic reputation.” (The jury's reasoning) 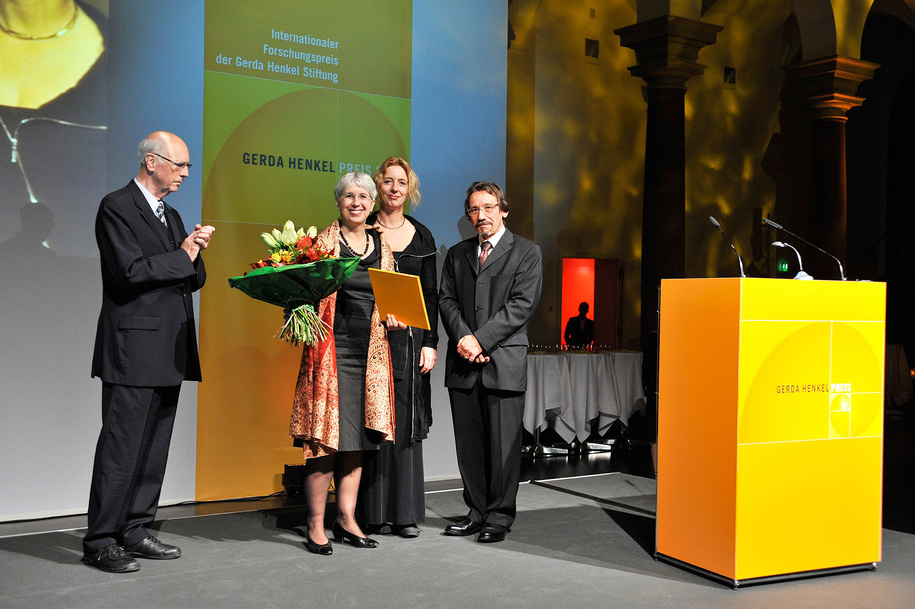 Born in Marburg in 1953, Gudrun Krämer studied History, Islamic and Political Studies, and English Studies, in Heidelberg, Bonn and Sussex between 1972 and 1978. She obtained her Doctorate in Islamic Studies in 1982 at the University of Hamburg, with a research paper on the Jewish minority in Egypt. This was followed by several years as advisor on Middle Eastern Affairs at the German Institute for International and Security Affairs in Ebenhausen, near Munich. Obtaining a postdoctoral qualification in 1993 with a paper on the topic of “God’s State as a Republic” she took up a professorship in Islamic Studies at the University of Bonn in 1994. In 1996 she accepted a chair at the Free University of Berlin. Guest lectureships and professorships took her to Cairo, Bologna, Paris, Jakarta, Erfurt and Beirut. Since 2007 Gudrun Krämer has also been Director of the Berlin Graduate School Muslim Cultures and Societies of the Free University of Berlin, which was established as part of the German government’s Excellence Initiative. She is a member of the Berlin-Brandenburg Academy of Sciences and Humanities and honorary doctor at Tashkent Islamic University. She also belongs to the advisory committees and boards of trustees of the Aga Khan University, Institute for the Study of Muslim Civilisations, London, of the Federal Ministry for Economic Cooperation and Development, Bonn, the Federal Agency for Civic Education, Bonn, and the “Cultural Foundations of Integration/Disintegration“ Centre of Excellence at the University of Konstanz. Gudrun Krämer is co-editor of the “Encyclopaedia of Islam Three”. Her publications in German include her works “History of Palestine” (2002) and “History of Islam” (2005) which have appeared in several editions. Most recently in 2010 she published “Hasan al-Banna“, a biography in English of Hasan al-Banna, the founder of the Egyptian Muslim Brotherhood. 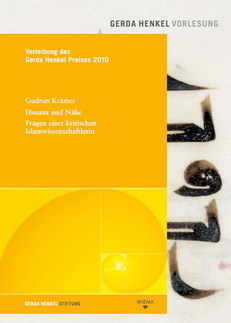 Speech in honour of Gudrun Krämer

Recording of the live video Q&A session:
“Islam and the Modern Age”

Users of the L.I.S.A. science portal were able to pose around 40 questions to Islam scholar and winner of the 2010 Gerda Henkel Prize Prof Gudrun Krämer. “I am very impressed by the high level of the questions,” she said after the one-hour live video talk.