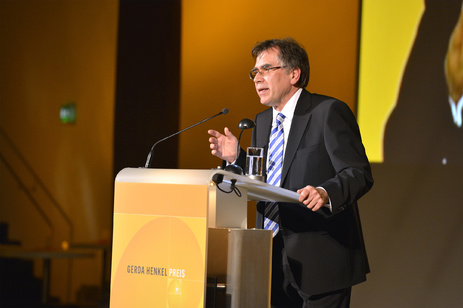 “Jürgen Osterhammel (born 1952) has decisively contributed to reinstating the world-historical perspective in German history not only in the theory, but also the practice of historiography. In an extensive series of monographs (which have also been translated into Chinese, Japanese, Korean and English), he sees world history not as the sum of national histories, but as a complex of relationships and contrasts that can be read and understood as the global history of civilisation. His book “Die Verwandlung der Welt. Eine Geschichte des 19. Jahrhunderts” (Munich, 2009), which came out in its fifth edition in 2010, was received with exceptional enthusiasm by critics, for Jürgen Osterhammel knows how to tell history in story-form without sacrificing analytical trenchancy and in so doing demonstrate to a wider public that the fragmented world can still be seen as a single whole.” (The jury's reasoning) 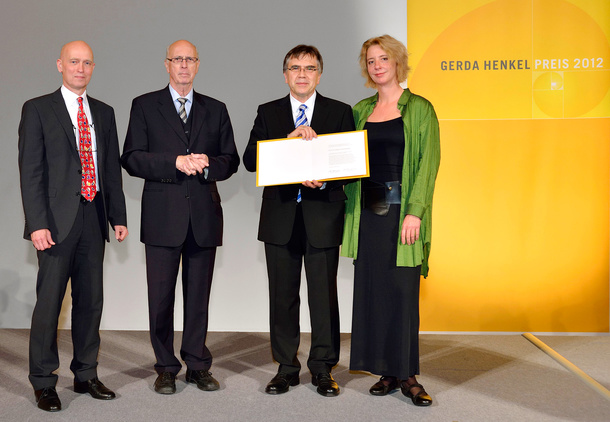 Jürgen Osterhammel, born in 1952 in Wipperfürth, Germany, studied History, Political Sciences, German and Philosophy at the University of Marburg. He received his doctorate in History in 1980 at the University of Kassel. Following periods at the German Historical Institute London and University of Freiburg, he completed his postgraduate studies in 1990 with a thesis on “China und die Weltgesellschaft. Vom 18. Jahrhundert bis in unsere Zeit” (China and world society. From the 18th century to the present day). From 1990–1997 Jürgen Osterhammel was Professor of Modern, especially Extra-European History at the University of Hagen distance-learning institute and from 1996–1997 Fellow at the Institute for Advanced Study in Berlin. In 1997 he accepted an appointment at the Institut Universitaire de Hautes Études Internationales in Geneva. Since 1999 he has held the Chair for Modern History (focusing on the 19th and 20th centuries) at the University of Konstanz. Jürgen Osterhammel’s research interests focus on European and Asian history from the 18th century onwards, the history of intercultural relations and perceptions, the history of ideas, the history of the theory of historiography and global history in theory and practice. He has received numerous awards for his research, including the 2010 Gottfried Wilhelm Leibniz Prize from the German Research Foundation (DFG). In 2009 he received the NDR Non-Fiction Book Prize for his study “Die Verwandlung der Welt. Eine Geschichte des 19. Jahrhunderts” (The transformation of the world. A history of the 19th century), published in the series “Historische Bibliothek der Gerda Henkel Stiftung” (Gerda Henkel Foundation’s Historical Library). 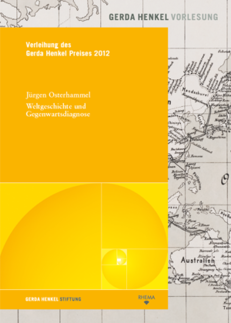 Speech in honour of Jürgen Osterhammel

Today, Konstanz-based historian and winner of the 2012 Gerda Henkel Prize Prof Jürgen Osterhammel spent a full hour answering your questions and ours on the topic “Who writes history today? Multi-perspectivity as a challenge”. Anyone who missed the live programme has the chance to watch a full-length video recording of the conversation.