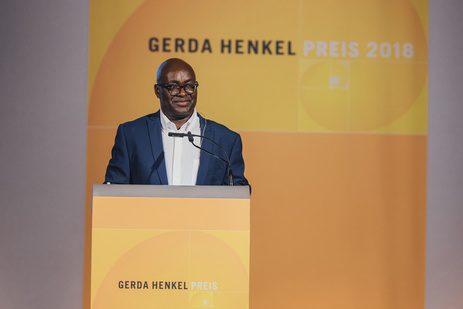 "Achille Mbembe (born in 1957) is one of the leading representatives of post-colonial theory world-wide and one of the few scholars from and still active in Africa to have made a name for himself in this highly topical field of research. He first took the international limelight with his book “De la postcolonie. Essai sur l’imagination politique dans l’Afrique contemporaine” (2000) (Engl.: “On the postcolony”). With his scholarly œuvre, in which he combines historiography, political analysis and philosophy in a very unique manner, Mbembe has since emerged as one of Africa’s most exciting thinkers and he enjoys a strong international reputation. His books “Critique of Black Reason”and “Sortir de la grande nuit”, which have also been translated into German are impressive testimonies to a highly independent way of thinking that shapes Mbembe’s research throughout and is as critical as it is self-critical. His deliberations on Africa’s place in the global order are both controversial and unsettling and have made an enduring mark even far beyond fundamental debates on post-colonialism. They focus attention on “Africa the Lab” beyond all the customary stereotypes and highlight links between colonialism, racism and capitalism that still require a more thorough discussion here in Germany as well." (The jury's reasoning) 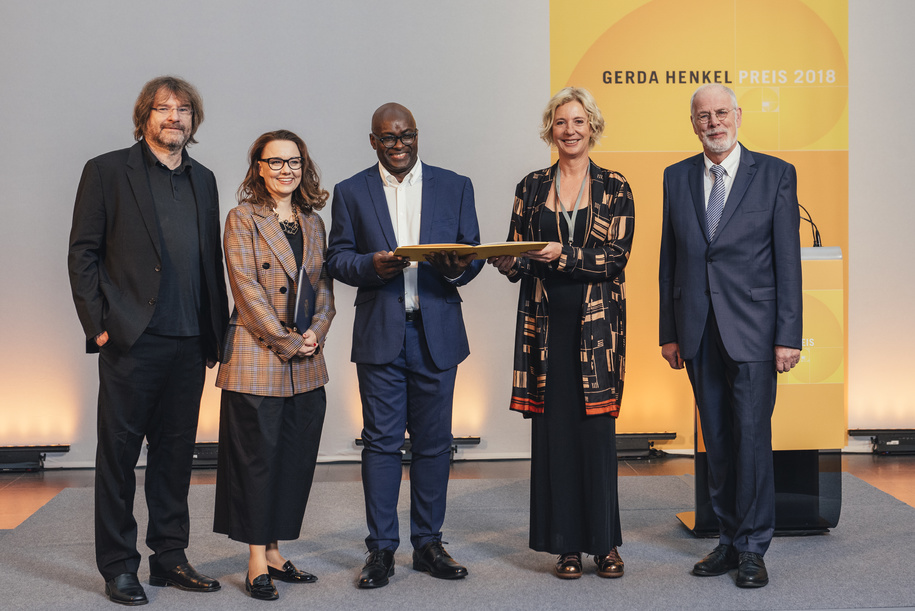 Achille Mbembe is a Research Professor in History and Politics at the Wits Institute for Social and Economic Research (WISER), University of the Witwatersrand, Johannesburg, South Africa. He was born in Cameroon and obtained his PhD in History at the Université de Paris I-Pantheon Sorbonne and a DEA at Sciences Po. He taught successively at Columbia University, the University of Pennsylvania and Duke University. From 1996 to 2000, he was the Executive Director of the Council for the Development of Social Science Research in Africa (CODESRIA). Earlier in his career, he published extensively in African politics and history. His landmark work “On the Postcolony” (Berkeley: University of California Press, 2001) has deeply infl uenced postcolonial thought and various other disciplines in the fi eld of the humanities. The winner of many awards, including the 2018 Ernst Bloch Award and the 2015 Geschwister Scholl Award, he has powerfully contributed to the renewal of critical theory from a global Southern perspective with his later work “Sortir de la grande nuit” (2010); “Critique de la raison negre” (2013); and “Politiques de l’inimitié” (2016).

His many books have been translated into various languages, including German, Italian, Spanish, English, Dutch, Portuguese, Polish, Romanianand Arabic. A member of the American Academy of Arts and Sciences and an internationally recognized public intellectual, Achille Mbembe is one of the leading and most recognizable voices writing today in French. 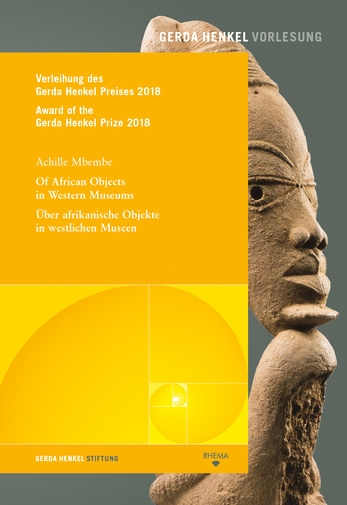 Reflections on African Objects and Restitution
in the Twenty-First Century

Speech in honour of Achille Mbembe