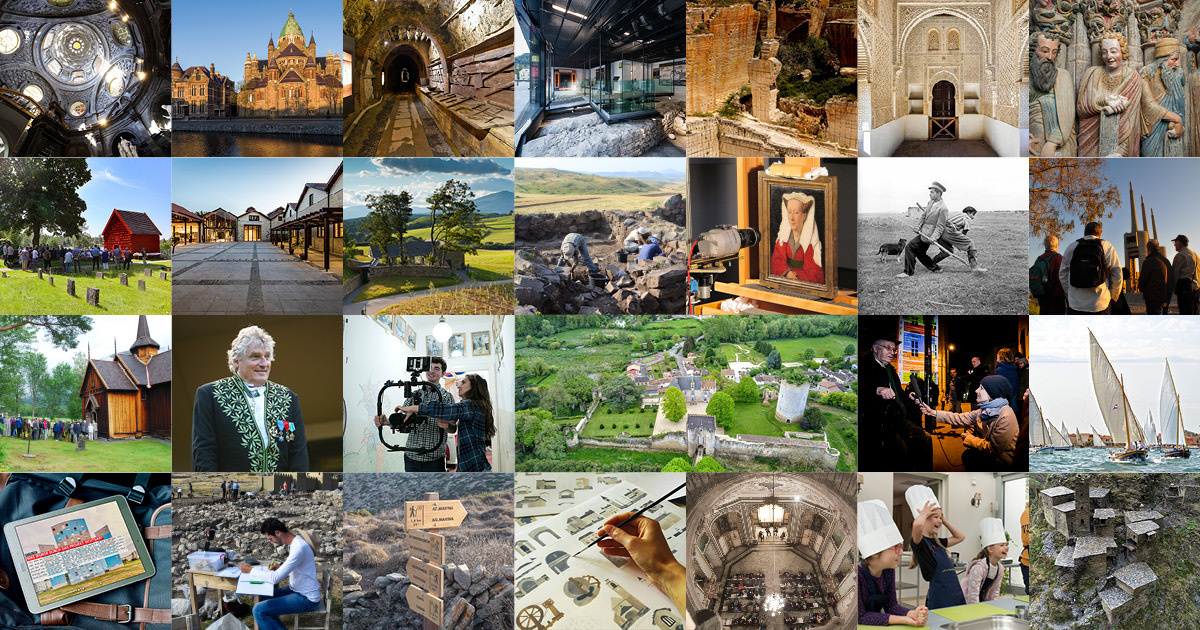 The winners of the European Heritage Awards / Europa Nostra Awards 2019, Europe’s most prestigious honour in the field, funded by the Creative Europe programme, were announced today by the European Commission and Europa Nostra, the leading European heritage network.

The 25 laureates from 16 countries have been recognised for their impressive accomplishments in conservation, research, dedicated service, and education, training and awareness-raising. Among the winners in the category Education, Training and Awareness-raising is Stewards of Cultural Heritage, run by a German institute in Istanbul. The winners will be honoured at the high-profile European Heritage Awards Ceremony on 29 October in Paris, during the European Heritage Congress.

Syria’s ongoing Civil War has seen the loss of hundreds of thousands of lives and the displacement of some 5.6 million people to other countries, while others still remain missing or under siege in remote areas of the country. The conflict has also led to the destruction of invaluable cultural heritage. The project Stewards of Cultural Heritage, a part of the “Stunde Null” project of the Archaeological Heritage Network and supported by the Federal Foreign Office and the Gerda Henkel Foundation, was conceived to help safeguard Syrian cultural heritage through capacity building with Syrian heritage specialists who currently reside in Turkey. According to the UNHCR, Turkey hosts more refugees than any other country – approximately 3.62 million people, accounting for around 4.5 per cent of the population of Turkey.
Organised by the German Archaeological Institute in Istanbul and supported by several Turkish and German universities, the initiative selected five candidates to provide them with the resources and experience to prepare for reconstruction projects that would take place after reaching a political solution in Syria. In addition, the project also helps these stewards to build up an international heritage conservation career. “This is an excellent, international and collaborative, training initiative, involving a variety of stakeholders and addressing an important current issue with pan-European relevance. The project addresses some of the complex issues raised in the hosting of a skilled, displaced, Syrian population in Europe and it attempts to enhance their ability to integrate into the existing mechanisms that promote the safeguarding and re-use of cultural heritage assets,” the jury said.

The jury commended the importance of the initiative for displaced people across the world: “The project has the capacity to serve as a model for other countries attempting to engage displaced, yet skilled refugees, in cultural heritage activities, with a view to promoting their central role in future rebuilding programmes upon their, hoped for, return to their native countries. It is strengthening the capacity of the Syrian refugee community in Turkey to deal with cultural heritage today, and to develop the necessary skills to promote cultural and heritage regeneration in a future, peaceful Syria.”
The programme consisted of a number of seminars and workshops, in which Turkish, German and international experts taught theory and practice, in topics ranging from heritage site management and damage assessment to the use of digital tools in archaeology. In addition, the stewards joined a seven-week field project in the summer at the archeological site of Doliche. After finishing the programme, the stewards are encouraged to teach their obtained skills to other conservation specialists in Turkey, which will strengthen and expand the body of people capable of rehabilitating Syria’s rich heritage when the time comes. “The rehabilitation of war affected areas needs a careful approach and well-trained professionals to carry it out. In light of this, there is an immediate need to continuously upgrade and develop the skills and knowledge of displaced heritage professionals. Professional networking systems developed during the project have also contributed to the empowerment of these professionals,” the jury stated.